Wind, Waves and the Albatross 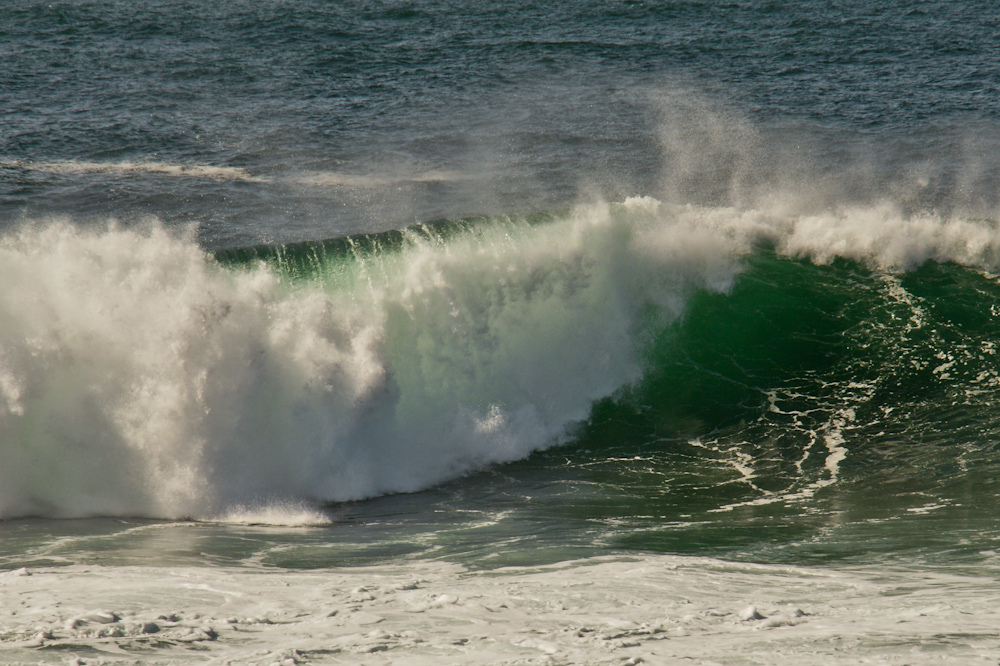 Poles are cold and the tropics are hot; continents and oceans absorb the sun’s energy at differing rates. The atmosphere is pulled hither and thither, and winds begin to form and swirl around our magnificent planet. A ripple appears far out in the surface tension of a millpond ocean and energy is rapidly transferred from the sky to water. The ripple becomes a wind wave, a heave of energy travelling across the water until it collides, reflects, rebounds and turns into other forms of energy, like sound. I love the sound of its energy crashing along the coast. It’s affirming; that the world is somehow still functioning in some way, as it has for eons.

Most waves making landfall are swells that have long since been set free from the winds that generated them. Waves create diverse habitats along coasts; eroding rock, forming cliffs, carving out sea arches, caves and sea stacks. They make beaches by transporting sand and shell particles from deeper down towards the shore, then blowing inland to create dunes and rich machair. At the surface of the oceans, wave action exchanges essential gases too: carbon dioxide into the oceans and oxygen out. We breathe the waves.

Currents help to mix the layers of water, spreading heat energy and nutrients across the globe, nurturing a plethora of life and trophic levels. Coastal inter-tidal species living in shallow water experience the brunt of the waves directly. To survive, they have evolved to be robust and adaptable. Wave disturbance means a proliferation of species from the surface to depths of 30m or more.

There’s a particularly exquisite example of inter-connection between wind, waves and animal, however, deserving celebration. In a seemingly fluid interaction, albatrosses can glide 10,000 miles in a single journey and circumnavigate the globe in 46 days without flapping their wings, and by action so efficient it takes less energy than sitting on a nest. Albatrosses are some of the most heavy birds, but also have the largest wingspans in the world, the Wandering Albatross of the Southern and Indian Oceans reaching up to 3.5m.

These sublime, global navigators exploit the waves and air currents in a type of flight motion called dynamic soaring. By locking their shoulders into position and allowing the muscles to rest, they are able to keep their large wingspan perfectly still for long periods of time. As they glide and naturally lose height, they dip down to soar between the waves where wind speeds are lower. Then they turn sideways into wind, gaining effortless lift into faster airflows and quickly rise to maybe 10 to 15 metres above the water. Once more, they glide down between the waves and repeat the cycle again and again, rising and falling across a pelagic expanse. They can fly faster than the wind’s speed, and around 110 metres along for every 5 metres of height they drop. If they flap their wings, they encounter resistance from the air and quickly tire. If wind speeds drop below 18 kph, they are forced to land on the water or remain stranded at their island breeding sites. In severe storms, winds may be too strong for them to fly, again forcing them to float in rough seas until conditions improve.

For such incredible beings, they endure many hardships. The tragedy is that they are also extremely vulnerable to unnecessary human threats, not least a fishing technique called long-lining, where a single vessel may use a line extending for 80 miles (130 km) from which can hang as many as 10-20,000 hooks, each baited with a piece of fish or squid. Albatrosses, along with many other seabirds, go for the bait, are hooked and drowned as the lines sink.

Every year longliners set about three billion hooks, killing an estimated 300,000 seabirds every year, of which 100,000 are albatrosses. (RSPB) 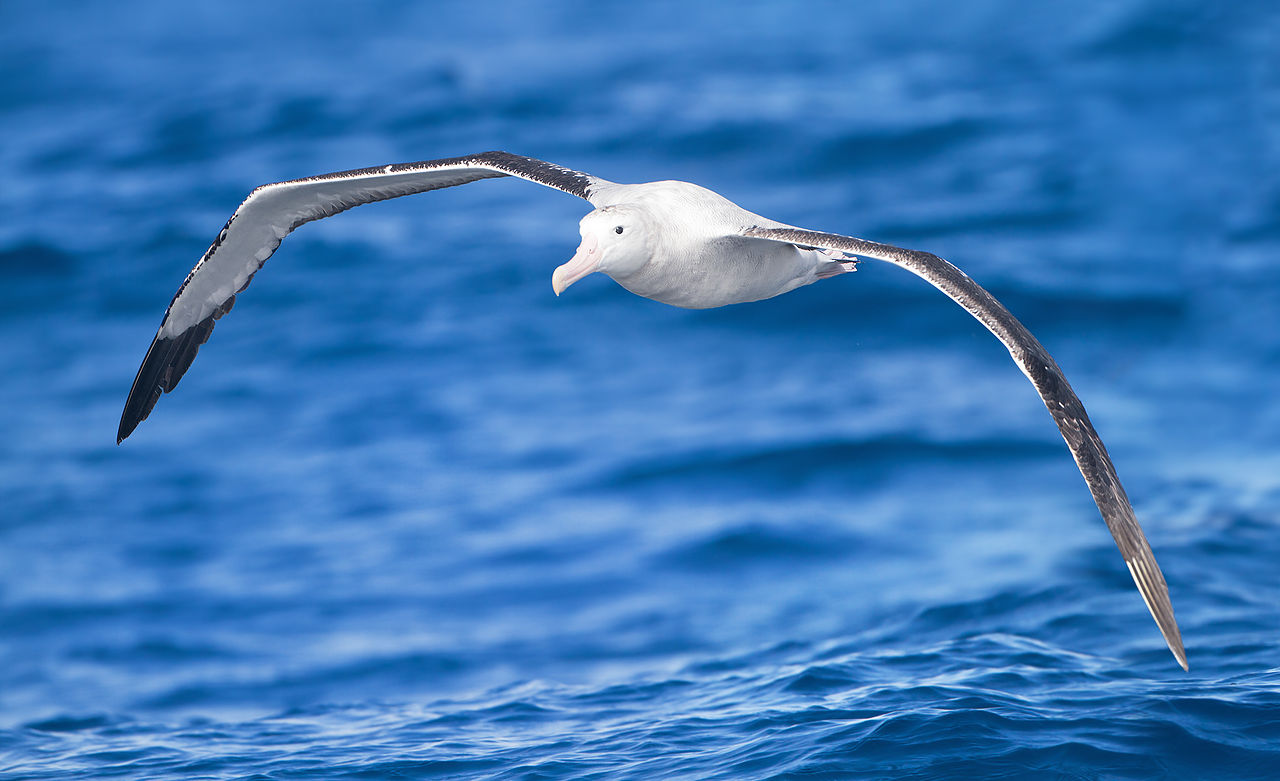 Please do go to https://www.jjharrison.com.au for more of JJ Harrison’s spectacular photography.

Other hazards include ingestion of plastic pollution, disease such as avian cholera, invasive predators at nesting sites, climate change and associated changes in food distribution and increased frequency/magnitude of storms. There are 22 species in the albatross family, of which 17 are globally threatened according to the IUCN Red List. But there is still much we can do to tackle some of these threats and support others who are working for their survival.
These magnificent birds have evolved over 50 million years, have worth in their own right, and deserve all our efforts, respect and love. We can reduce our purchases of single-use plastic, which escape into our water courses and into the oceans. We can reduce our ‘carbon footprints’ and back campaigns to support clean, renewable energy and keep fossil fuels in the ground. We can support Birdlife International’s worthy campaign RSPB dedicated pages (in conjunction with Birdlife International) to save the albatrosses, working with governments and fisher communities, finding solutions to incidental seabird bycatch and developing alternative methods as mitigation for smaller scale fleets and families.
~~~
With respect:
In 2003-4, adventurers John and Marie Christine Ridgway helped to raise awareness of the plight of the albatross by circumnavigating the globe on their sail boat English Rose VI (photo of her at Ardmore below), with a team of volunteers, concluding with a presentation of a petition to UN FAO headquarters in Rome. There were over 100,000 signatures from 131 countries, a huge achievement before the advent of dedicated online petition websites. For more detail on their astonishing journey, please visit Save the Albatross Voyage 2003-4 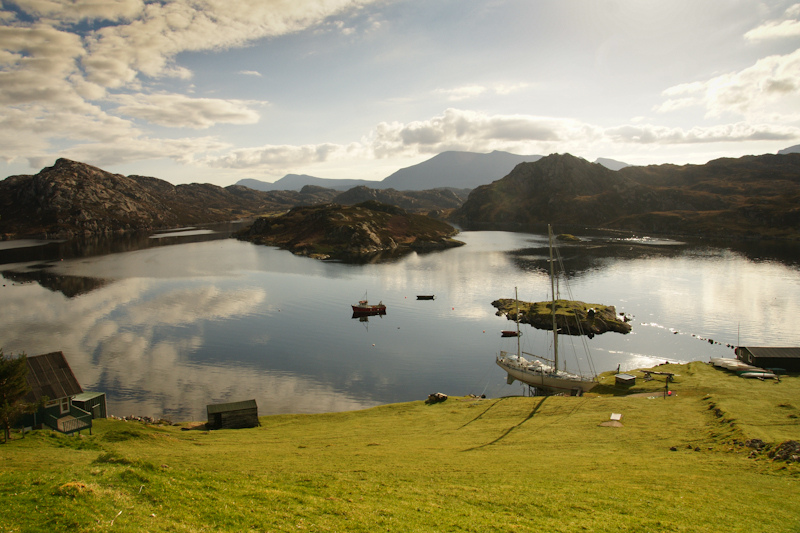