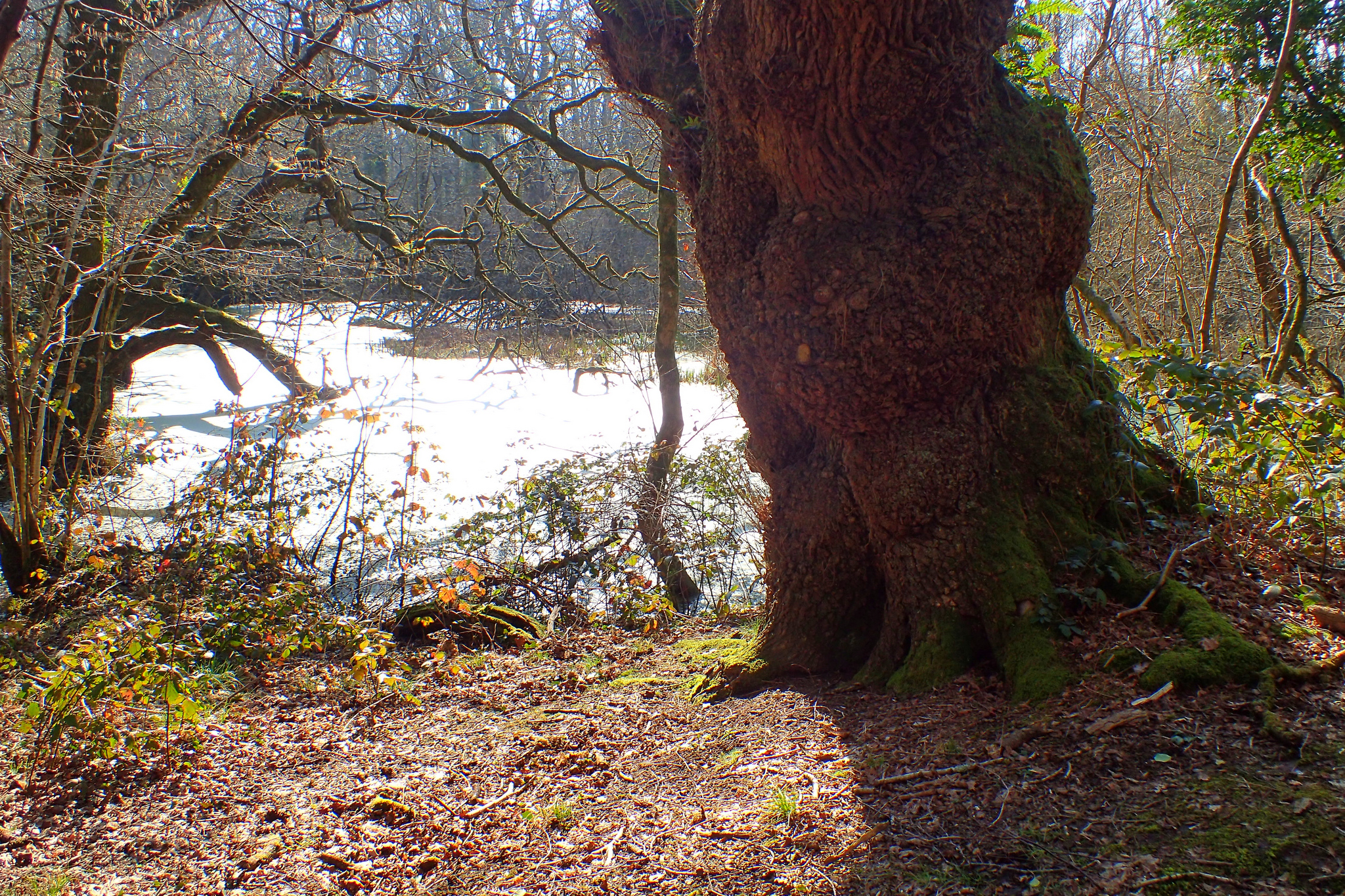 I’ve recognised a small sanctuary nearby, after several months of living in a semi-urban area. Thank goodness and I feel relieved. I’ve just returned from this place, and feel rested.

It’s not a place that takes my breath away. It’s without big vistas and the dynamics of clouds and rivers. Neither is it as vital as the sea. But it’s quiet and verdant, enclosed by a canopy, leaf buds near to bursting. And there’s water; always a draw for me.

Yesterday, by a railway bridge covered in graffiti, my dog Ben was shot at whilst we were watching dippers nesting by the river. A grown man appeared, out with two small children; a girl, and a boy carrying a bb gun, or something similar. The adult sought not to intercept the boy’s spirited targeting until after several rounds had been fired and ricocheted off the metal fence behind Ben and myself. Thankfully, we were not harmed. I reported the incident to the police this morning.

I am recovering from a severe spell of anxiety, suicidal thoughts and visions, which descended on me very quickly in January and through much of February after a stressful period. I’m attending lectures on ‘Acceptance and Commitment Therapy’ recommended by the local Mental Health team. But I’m not under the care of any therapist. I’m having to find my own way, because the waiting lists are too long.
I have a friend with severe depression, suicidal also, in hospital a long way away, about to commence ECT. It’s not been easy, in terms of communication.

I lost my mother to depression-induced suicide eight years ago, after she checked out of inpatient care, and I suffered PTSD as a consequence of finding her. I myself was later an inpatient for quite a spell, but determinedly not at the same hospital. You might imagine.

When my Dad was diagnosed with cancer three years later, I went down again, with severe anxiety, genetic fears of following my mother, and only just made it through.

There are other stresses and strains, which most would recognise. I don’t stand apart from anyone else. We all have our stories. This seems part of the modern way of life. What a mess.

But I have the ponds now. They aren’t a cure. They aren’t going to unravel the complexities of life and fix my problems. But they are a retreat, where I can take Ben and sit quietly, feeling every moment without future or past. Today, the sun shone down through the trees with a novel fury. There was a light breeze, and I filled my lungs with fresher air than I ever expected. Ben snoozed among the lesser celandines, buzzing with the first flight of solitary bees this Spring.

Thank you, whoever protected them, thank you for the ponds.

Hear it on Soundcloud.