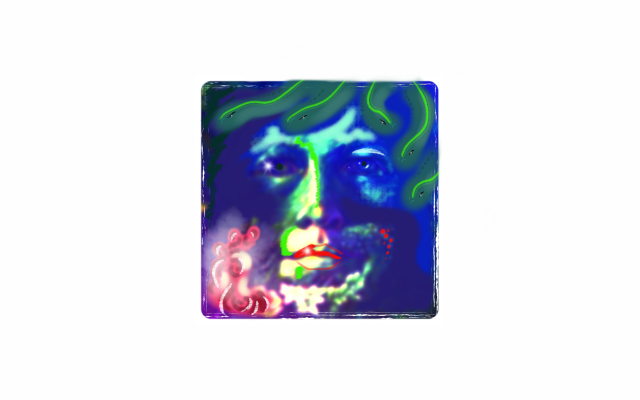 ‘Medusa.’ What image comes to mind at the mention of her name? I doubt very much if it is one of renewal and wisdom.
The Hellenic myth of Medusa remains as metaphor for all that is wicked and vendictive in the world. Homer, the ancient Greek poet, drew her literary character as the epitome of ugliness and danger, with large glaring eyes, into which no-one should ever look unless wishing to be turned to stone, and hissing snakes for hair, each one ready for that lethal strike.
But the root of the snake symbol is more ancient than any Greek myth or religion: The Egyptian Ouroboros, represented as the circle of a snake devouring its own tail, was a common emblem of cyclicity, the seasons, the eternal return, death and the renewal; the Minoan Snake Goddess was worshipped as a symbol of naturalism and grace; the Celts and early Pagans used the image of a snake in a similar way; before that, an hypothesis stands of a Neolithic Great Mother, with multi-functional powers of priest, ruler and warrior, and of plant and animal cultivator and protector. Indeed, some of the earliest human artefacts are depictions of women, recreated in the image of a snake-bird goddess, not of an evil female presence, but a depiction of all that is good. This neolithic woman co-existed with animals instead of conquering them. Her eyes were large, owl-like, and her locks were snakes, above the neck, as an animalistic indication of high wisdom and prophetic powers, rather than spite and hostility.
The Greek myth diverges: All three dreaded Gorgons were sisters, two of them immortal, Stheno and Euryale; Medusa was the only mortal one, but into her eyes all men may look and stop, dead, turned to stone. Using the mirror of his shield in order to look upon her without fear of death, demigod Perseus was guided by the owl-like Goddess Athena to decapitate Medusa and use her stare, even beyond death, to save Andromeda from the sea monster Cetus. The head was said to have been placed upon the heroic Athena’s breastplate as lethal ward. Medusa’s serpentine image remains as one of the earliest stone temple pediments in Hellenic Greece, carved around 600 BC: A symbolic defense against all evil; wickedness against all wickedness.
So, the Owl and the Serpent Woman of all that is good seems to have tumbled down through generations of oral stortelling and split into the brave owl goddess Athena and the wicked snake-like Medusa. Brennan Root refers to Athena and Medusa as shadow sisters, the light and the dark, with an interwoven story as one and the same but divided by misfortune and mortality. Both icons appear to have been preserved in modern culture. But here-in lies a tragedy.
Remember, for the majority of human history, the symbol of snake has been one of birth, death and rebirth. For the snake sheds its old skin, only to live on in a new state of being.
Pre-Christian agrarian Mesopotamia imagined prototypes of snake gods to fear, and these were most likely replicated by the Judeo-Christian tradition thereafter, in the perils of the Garden of Eden. Perhaps, it was the abandonment of hunter-gathering for cultivating the land by hand which changed our human relationship with snakes. Inevitably, there would have been an increased risk of an early death, for both farmer and snake. If snake denies man immortality, then the Serpent of Eden is the ultimate representation.
The Egyptian war goddess, Neith, is cited by Plato as the inspiration for Athena, said again to have been rooted in a Mesopotamian owl goddess, resulting in the Greek ideal of womanhood in Athena; of strength and purity. What of Medusa as woman? Ovid, the Roman poet, claimed the mythological Medusa was a woman of immense beauty, perhaps a nod to her early virtuous incarnations. Athena, the virgin goddess, turned her into a monster/victim in a fit of jealousy, after Poseidon raped her in Athena’s own Temple. Feminists of the 20th Century seized upon Medusa as, therefore, a symbol for both victim of men and of retaliatory strength. Here was a woman who could deaden a man’s voyerism and render him nothing but a cold lump of stone. Her gaze was victor in the face of patriarchy. By contrast, the Russian philosophical Nihilists of the 1860’s had said those who do not stare into Medusa’s eyes fear reality, that life is without meaning, purpose, or intrinsic value. It is unfortunate that Medusa as deterrent to voyeurism appears to have been somewhat eroded very recently by Hirst and Rihanna in their photo shoot for GQ magazine, where the male gaze is actively encouraged to pour over Medusa’s form (and snakes) as sexual objects. Although there is a vague resemblance here to the Abrahamic religious symbolism of snake as sexual desire, it’s far less complex, and therefore, less rich in meaning, simply by its empty, commercial objectification. A sign of our time.
I prefer to imagine the cultural richness of some kind of neo-neolithic snake goddess. Faced with anthropogenic environmental impacts, I think we could steal ourselves anew and look deep into Medusa’s big owl-eyes, which search for light far into darkness. We can embrace the wisdom of her serpent locks and reclaim the image of snake as all that is good about this ever-renewing world. It is not that I wish all humans to be turned to stone or return to the stone age! Her image could be re-imagined as one of insight, wisdom and integration, an affirmative message from our neolithic ancestors. And if we can face down those fears of imminent death and sweep aside any notion of Medusa as victim, perhaps we may re-draw her character for the modern age, of the strength of the wilder things and the wild inside us all.