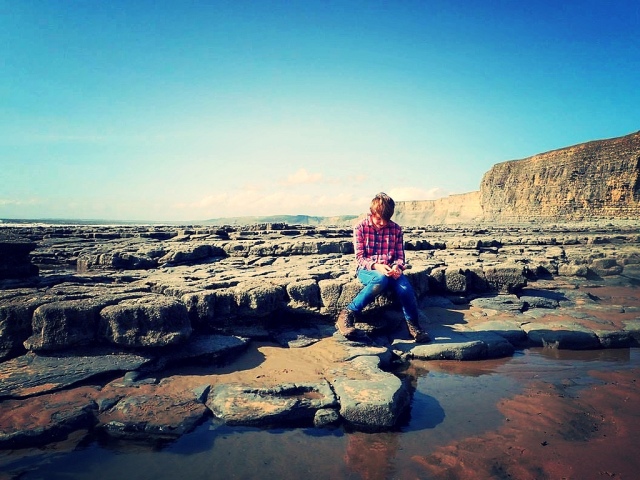 How do you explain to a young, vivacious teenager, a bright child with her whole life ahead of her, that the American political system, revered and celebrated as the epitome of progressive modern Western culture, has just conjured a liar, a sexist, racist, impetuous, gluttonous, climate-change and nature-loss denying Narcissus as a President-Elect? And more, that a similar British character, Farage, is politically ingratiating himself with such a person, and gaining traction. It is shameful.

And how might you also explain to her that a country led, essentially, by a brutal dictator, China (1), is now making more progress towards an environmentally sustainable future than even our own Nation?

My daughter, it seems, realised early on there was something deeply wrong with the US election, and prior, with reports of mass shootings, abject poverty, police killings and first-nationer protests over oil pipes and sacred lands.

She read Trump’s infamous “Climate Change is a Chinese Hoax” tweet, copied to Instagram, I suspect. It could have been posted anywhere.

The answer to my question is that I didn’t need to tell her any of it. She has a smart phone. She’s connected, interested. And she’s unafraid to ask questions, at home or at school. But her understanding is a leaden weight. I don’t want it to drag her under, but she has admitted, it is all too depressing. It would be easier for her to turn away and abandon any thought of responsibility. She is not responsible for what is already done. She bears no guilt. Though she will be culpable for her actions in future.

This weight now presses down on me, as her mother, guardian and mentor. I cannot protect her from much of the stream of information flowing across the internet. In any case, I firmly believe I should not. Take back her phone? A first class way to disempower her. My role is to guide her to be discerning in all she reads, sees and hears. I need her to question, to reason. And she needs to know she is not alone. Above all, she needs my love.

Life on Earth, withering on the biospheric vine, silently calls for us to help. We all need to feel empowered, motivated and optimistic. Our children also need to feel loved. Love is a doing word, generous, deep and profound. Some of us have enough knowledge, perception and understanding of Earth’s distresses to realise change is upon us. The evidence helps to define a clear moral cause to show and tell these children what we understand, what we do not, and what we think we ourselves can do to help. Importantly, that this is applied with a sensitivity to various stages of mental maturity and stresses in life at home and at school.

British schools already place far too much weight on qualifications for job markets and not enough on education, creativity and ideas for their own sake. I’m candid with my daughter on the importance of ecoliteracy, in helping to form values and spurring creativity and solidarity. I would fear much less if all were exposed to the trans-disciplinary, culturally aware breadth of an ecoliterate education, because I have great faith in the human mind. I have great faith in children too.

It is time overdue for my generation to lay the foundations of the Symbiocene for all, because, in the best sense, it is an expression of love in almost perfect form. For now, I leave this thought with you.

(1)  Brutal in particular respect to Human Rights, particularly in occupied Tibet, and to the sum of the nation bearing down over the individual.