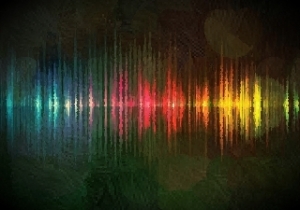 My neologism of the day and an increasingly important aspect of human/human and human/nature relatedness during this Earth Crisis (Anthropocene), to change, and to outcomes, is prophesuum.

Prophesy – the verb – to say that you believe something will happen in the future (Cambridge) as opposed to Prophecy – the noun – a statement based on beliefs not necessarily facts or instruction by a divine source.

The verb and the noun were differentiated in the 18th Century (Etymology Online).

Uum – Latin past participle; having done, having had a feeling, having chosen a path.

Prophesuum – various psychological positions of humans and their social groups acknowledged on the optimism/realism/pessimism continuum. Judging those positions, individually and collectively, is also a matter for discussion.

Behind neurodiversity, there’s work yet to be done in the fields of neurology and psychology on the optimism/realism/pessimism continuum. We know it is complex and that it impacts personal well-being and outcomes. An industry has emerged in counselling change on the continuum (eg some aspects of CBT, ACT) but less research is available on exactly how much capacity for change on the continuum each of us has, the impacts of genetics/experience, culture, the microbiome (key), and collective implications.
As in neurodiversity, related or not, our various intersections on the prophesuum (and the conflicts it may generate) will contribute to Earth Crisis outcomes.

We are already bearing witness to anger between “solutionaries”, frustration and annoyance between those suffering more or less from Earth Crisis (inequity, LIFE, climate), and the prophesuum of the powerful is a huge influencer upon moral imaginations, changes and, therefore, outcomes. Inequity, but also, a general numbness to human diversity, strikes again.

There will be extremes – doomerism and pure faith in human techno-fixes, for instance. But if it is not a deliberately conscious activity, shouldn’t we all still be kind? Or are the bad consequences of these stances enough to keep justifying our anger? Recognition is a start. I ask for more discussion, research and insight from a diversity of cultures.

It IS complex. People can be optimistic and pessimistic across different aspects of life. But I think it’s time our movement valued the spectrum as meaningful, whether or not there is some flexibility for shifting along it (unlike neurodiversity, which is clearly structural, in a biological sense).

There’s no overall name for the continuum or spectrum, as far as I am aware, so I offer prophesuum. I ask all to pay attention and to try to assimilate what this also means in terms of public assertions, politics, daily struggles, and media communication. As ever, compassion for other states of prophesuum will surely help to resolve conflict, as frustrating as it may originally seem. Power and hierarchies still remain an eternal ethical quandary and critical touch paper, also in the fields of Justice and Rights.