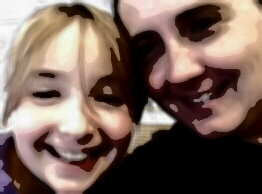 Brine spills across the land, sunrays bake the soils (and the souls) dry, and the rains flash across the plains with increasing ferocity.

If you listened to the British Conservative Prime Minister via the facade of a Queen’s Speech on the banks of the Thames recently you would never have guessed. Westminster, none-the-less, will experience changes too. Just give it a while.

Non-human life is already adapting to the first subtleties of climate change. And there are people already bearing witness, science graduates observing ecological adaptations in upland rivers, or sharply, farmers desperate to save crops on the flooded low plains of Bangladesh.

Rich or poor, all will eventually perceive the impacts of climate change, if not all the pain.
There is little inter-generational justice if we refrain from acting.

Politics sees no further than the next election of course. Civic consensus is still gripped by the fear of national debt, stuck in the vagaries of last century’s stop-go consumerism. In response, they offer NOTHING new.

Simultaneously, the climate forecasters have an angry dog of change on a shorter lead. They are predicting the changes will be rapid.

In the next 50 years or so, there will be global consequences for this lack of NEWNESS. Water will either be short or in excess, food will be patented and there will be migrations from dry zones to wet. National borders will stretch beyond form.

Do non-entities that will exist in future have rights now? We could argue on as to whether they do or don’t but we are no longer considering descendents with no faces. Instead, we are to consider our own children who’s faces we know intimately, each smile, tear and blink.

And each child has a right to flourish.

Shall our children inherit a worthwhile future? What are the consequences of no action, business as usual, deal-making with the fossil fuel lobby? Imagine. Imagine the instances of hardship which our children will face if we do nothing. Imagine their lives if we do.

In Western culture, imagination is often associated with fiction. Fiction does not occur in the real. Fiction is a genre. We read fictional books, fictional accounts on TV, plays and film. Creative license applies, historic inaccuracies are excused. We suspend our disbelief because there will be few consequences. We may learn lines of a play, enact the parts, follow a plot to resolution yet it is (mostly) others who determine outcomes. Good fiction can connect emotionally and intellectually yet, still, we generally treat it as disposable. We return to the norm, to evidence-proven existence.
Perhaps we have become complacent.

In confusing imagination for disposable fiction, we may be resisting what is most important of all. Imagination can be the narrative of morality and stories can teach us to empathise, both powerful mechanisms for change. Imagination can bring us to a wealth of possibilities. Radicalism. We can re-imagine a better world where we live in harmony with each other and all other life, to flourish yet not exceed our planetary boundaries.

To imagine and communicate those visions with creativity is to allow space and time in which ideas may flow and which may consequently become a positive reality.

Let us not accept blindly the impotent reality of what’s put to us by the few; no action, business as usual, deal-making. If we engage with our own imagination, we can share our visions and transform them into goals. Few goals are more worthy than seeing our children flourish. Risk imagining.