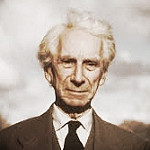 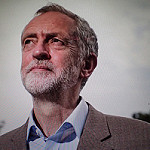 Let me get this straight from the outset, I am not writing about sexual desire in relation to Jeremy Corbyn. Freudians may think sex and power are inextricable but it’s really beyond my remit, I know my limits. Instead, I’m thinking in terms of the want of political power.

Corbyn’s inaugural speech as Labour Party leader this week flowed powerfully across the airwaves with a message of peace, compassion and affirmation of democracy. Just after the broadcast, on my way out for a walk with my dog Ben, I bumped into my new, elderly neighbour. She had listened to the speech, so I asked her what she thought of it.

“Mayor of Toytown”, she replied, “with a big heart, of course. A generous man I think, but he’ll find that utterly impractical in leadership”.

My neighbour, now retired, used to be deeply embedded in Cardiffian Welsh Labour, old style, before the rise of foundation-wearing Tony Blair (she met him once and observed he was wearing make-up ‘for the cameras’). This too before Plaid Cymru broke through some of the loyalty barriers with a renewed vigour towards socialism.

“He will have to try to maintain that integrity, but I don’t know how he’s going to do it”, she added. We discussed the time of day, smiled and parted company. Ben chivvied me for his ramble.

Despite negative punditry by the currently dispossessed Labour right, Corbyn’s speech was a clear rejection of the neoliberal Century of the Self, a breakthrough moment in the prospects of post-capitalism. I’ve since been pondering the man’s motivations. And also that old kernel of a quote by Lord Acton, on power corrupting and absolute power corrupting absolutely.

Will Mr Corbyn, the pacifist, anti-war campaign veteran, self-sabotage simply by being leader?

The rebellious aristocrat philosopher, Bertrand Russell, and fellow pacifist, spoke of human intent in his Nobel Lecture in 1950…

“All human activity is prompted by desire. There is a wholly fallacious theory advanced by some earnest moralists to the effect that it is possible to resist desire in the interests of duty and moral principle. I say this is fallacious, not because no man ever acts from a sense of duty, but because duty has no hold on him unless he desires to be dutiful. If you wish to know what men will do, you must know not only, or principally, their material circumstances, but rather the whole system of their desires with their relative strengths.”

I am imagining, if you’ve been in politics a long time, you might feel compelled, carpe diem style, to seek a leadership position to effect change. It appears generous that Corbyn now offers that opportunity back to the people of his party, moreover, the people of the nation if he’s given the chance.

As I see it, power is not some kind of corrosive agent on a person’s integrity, but more a revealing light, bright, and searing into the depths of one’s character.

The process of dying parallels, I am told by hospice workers, in that we all die differently. Our unique personalities, good and bad, somehow intensify as we are exposed to this light from which we cannot hide, just at a time before we fade to black. It is possible, perhaps, to learn in dying, hidden characteristics about ourselves which prime ministers, unless copiously narcissistic, have discovered way before the end of their time.

Jeremy Corbyn is having the light shine upon him. He’s voicing an intention NOT to change as campaigner, and instead sees himself more as facilitator of political democratic process. Sections of the British press appear to be at a loss as to how to approach this. It’s novel. A leader, but not a leader? Instead, a facilitator of democratic process. The default reaction seems to be to diss him. Perhaps the same revelatory torch shines upon their formulaic practices (at last). I’m hoping for change ~ Corbyn the catalyst.

From my own selfish perspective, I find this fascinating. As a student of ethics, I’m wondering whether to sideline my own stances in order to facilitate the pluralistic voices of the many. In many ways, I already try (Carving out the Hollows). I understand there would be inner conflicts and some may burn holes in my conscience. I would, on the positive side, retain my own voice in persuading, but not dictating, solutions. One hopes Mr. Corbyn retains his own voice throughout this process too. I like to listen to him as campaigner. He might persuade others with this new-found platform.

Russell ushered forward a maxim, difficult to argue with… that we all act from the root of own desires, even if those personal desires may be altruistic as an end. At once, he outed a selfish vision of selfishness, where even in procuring a world full of empathy, compassion and altruism towards all life is little more than a deeply personal desire.

Is Jeremy Corbyn bound by moral duty? Or do his inner desires facilitate a more peaceful, compassionate and democratic future and herald a stronger force? Sometimes our moral character is deemed compromised in order to achieve a specific consequence ~ lesser means to greater ends. It is then simply a question of how far we are content to compromise ourselves, and if we can live at ease with these decisions. We have conscience, and we have it for good reason.

Anti-austerity, a voice for the poor, justice and peace, tangible action on environment…
Above all, in Jeremy Corbyn, there appears to be an individual with a perfectly selfish desire that society becomes less selfish. A paradox, similar to the ‘tolerance paradox.’ (another blog). When next I meet my neighbour, I might just mention this to her. Whatever she says will make me smile. I like her and may report back.

Next, less of desire and more of love…