I extended an invitation to Twitter for tweet-size memories of personal encounters with FOX. I have collated them all, so far, into this blog and will publish more as I receive them.
Thank you to all those who have contributed words and images. Enjoy.
~~~~~~~~~~~~~~~~~~

One of the wild foxes here in the very rural hills of county Clare has, over the course of a year, decided that spending time near our cottage is a safe, good idea. She watches us through the window, & when we're outside. She's a scamp; we've had a few funny encounters with her pic.twitter.com/TP9rwgRTiF

On a walk in the woods near home just now,was deep in thought,turned down 'wrong' path,looked up&into the eyes of a fox cub! Lesson there.. 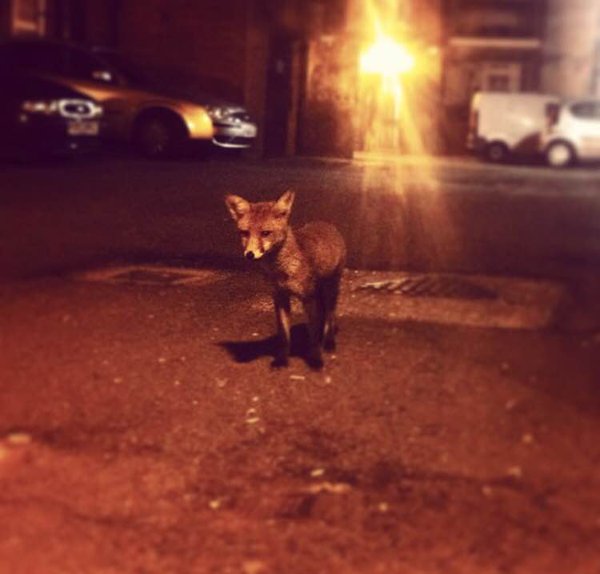 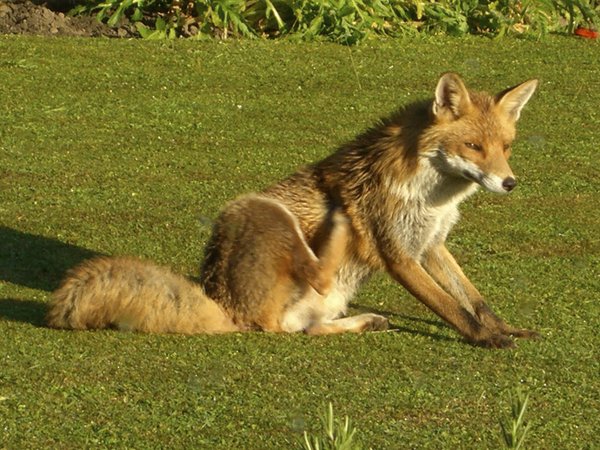 ~~~~~~~~~~~~~~~~~
Helen Thompson
‏@HelenThompson66
@ginbat Fox and sheep companionably ignoring each other yesterday. Our cat is similarly unfazed by this fox. 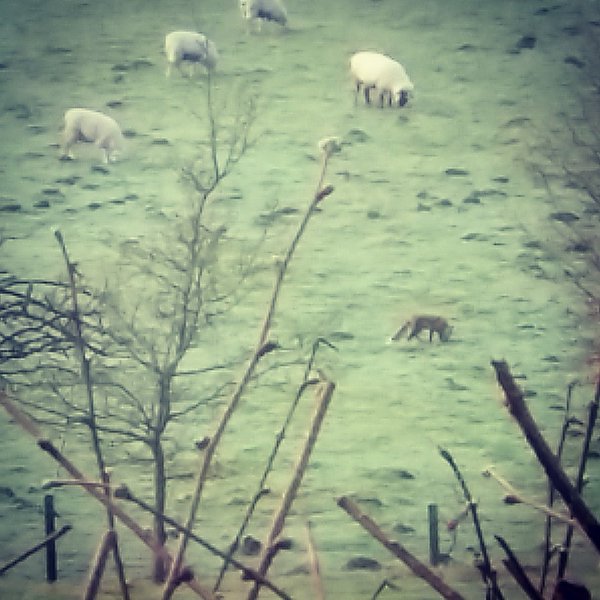 ‏@HelenThompson66
@ginbat Our cat has been seen sitting side-by-side with this fox for all the world as if they’re discussing the weightier issues of the day.
~~~~~~~~~~~~~~~
Chris West
‏@littlerobbergrl
@ginbat on walk saw vixen with 4 cubs pouncing round her. 2 Months later, young fox playing in r plot. Fell in love, but scared her off :'(
~~~~~~~~~~~~~~~
Jo Cartmell
‏@WaterVole
@ginbat An autumnal morning at dawn with dew-laden trees. Glistening brown, red & orange leaves and a russet fox sat on the brow of a hill.
~~~~~~~~~~~~~~~
Chris WoodleyStewart
‏@NorthPennChief
@WaterVole @ginbat Far in Alaskan wilds on honeymoon. Resting, we turned to see a totally fearless young fox sat close by. His first humans?
~~~~~~~~~~~~~~~
Elaine Douglas
‏@cetti19
@ginbat Our regular night time visitor 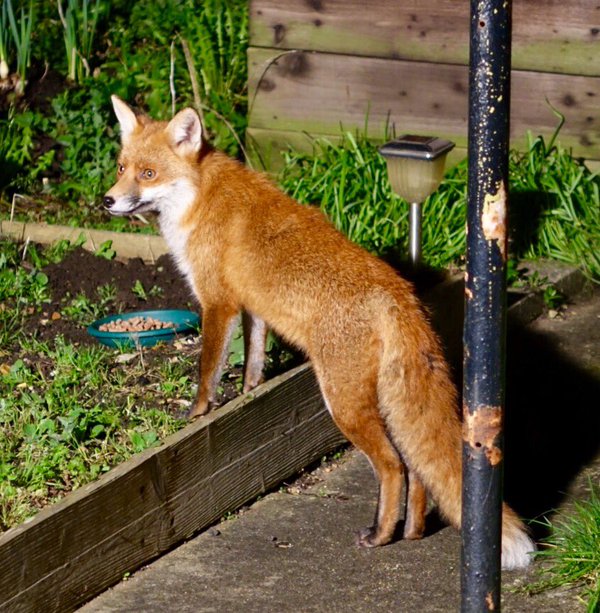 ~~~~~~~~~~~~~~~
Nick P. Williams
‏@TheFalconBirder
@B_Strawbridge @ginbat Radio-tagged male swam River Avon at Bristol. Took 3 nights & much running to witness him using I-I binoculars do it.
@TheFalconBirder
@B_Strawbridge @ginbat River c250m wide at selected crossing point but got dragged 850m downstream by tide. Sadly killed on road days later.
~~~~~~~~~~~~~~~
Rob Cowen
‏@robbiecowen
@ginbat Chapter 1 of #CommonGround 😉 – one long encounter. This is a GREAT idea. x
~~~~~~~~~~~~~~~
Helena Sanderson
‏@helwels
@ginbat @MrsEmma I’ve only ever seen two, and the memories are always very close to hand! 🙂
~~~~~~~~~~~~~~~
Nicola Chester
‏@nicolawriting
Watching fox earth with son, summer before secondary school. Adolescent cub stalks out & cautiously, bravely past us
~~~~~~~~~~~~~~~
Ock Viewer
‏@OckViewer
@ginbat late I noticed a fox looking at me when looking for otters we stared at each other until I broke the spell by trying to take a photo
~~~~~~~~~~~~~~~
Hannah Boschen
‏@HannahBoschen
@ginbat walking along the road admiring a fiery sunrise & coming f2f with a fox. We made eye contact for a brief moment. Magical connection
~~~~~~~~~~~~~~~
Gill Brown
‏@gillydormouse
@ginbat On a badger watch under an oak a fox came within a meter of my face and looked me in the eye for a split second before turning tail.
~~~~~~~~~~~~~~~
Marion Malcher
‏@Marion_Malcher
#Fox stole my slipper
Jumped in an open window
Chased her down the street
@ginbat
~~~~~~~~~~~~~~~
Monya M
‏@MonyaMyms
@ginbat SE London, a friend 🙂 –He had (my) footsteps to look forward to rather than run from. 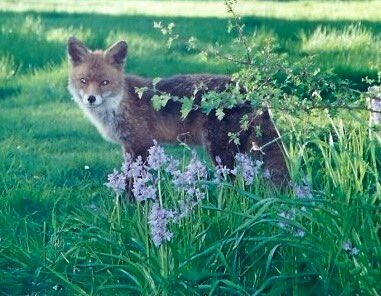 ~~~~~~~~~~~~~~~
BioRisings
‏@HedgehogTorfaen
@ginbat once heard/saw fox hunt in distance. Came across exhausted fox in country lane. Placed on back car seat, coat over it, drove away.
~~~~~~~~~~~~~~~
Glenn Albrecht
‏@GlennAlb
@ginbat In fast moving car at night. Fox chasing rabbit. Rabbit escapes fox by running under car. Rabbit safely exits. Fox smart but hungry.
~~~~~~~~~~~~~~~
Stephen Byrne
‏@StephenGByrne
@ginbat sound like a baby crying, out of window, distressed cat on fence squaring up to inquisitive fox eyeing her up, cat leaps fox runs…
‏@StephenGByrne
@ginbat often too the highlight of many an early morning inebriated walk home, when I used to do that sort of thing…
~~~~~~~~~~~~~~~
Findlay Wilde
‏@WildeAboutBirds
@ginbat I saw these two just playing in the frosty field, I watched them for hours. They were just enjoying life. 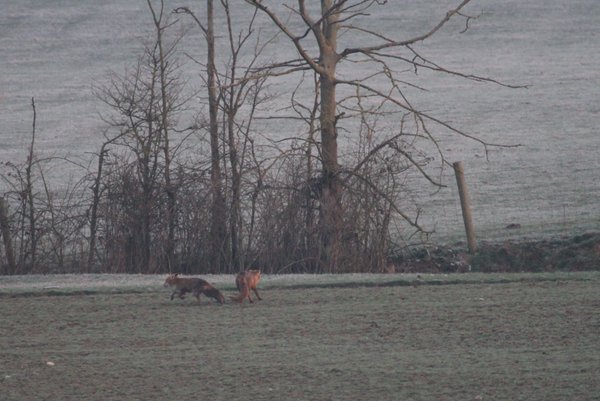 Apart from one glorious Summer when a litter of cubs was raised in the badger sett I was watching, most of my brushes with foxes have been chance encounters, not lending themselves to being captured on camera. These truly awful pictures are from a notable exception! #FoxingDay pic.twitter.com/Yy1YwzaJNI

… and was amazed at the extent to which foxes covered the ground. Badgers followed their regular pathways with little deviation—but fox tracks were everywhere, criss-crossing the snow & telling the tale of a very different hunting/foraging strategy (track in mud shown here). pic.twitter.com/xKu8WQ0C03

My final #FoxingDay photos are of captive foxes at Secret World Wildlife Rescue, and they make two important points. 1, foxes can be kept *in* with securely built fencing (which means they can also be kept *out* – of chicken runs for example). And 2, compassion beats cruelty. ???? pic.twitter.com/tbn4j41R14

Here is a Gray Fox (Urocyon cinereoargenteus)who raised a litter under our barn last summer. She became very tolerant of us and we got to she her kits many times playing on the lawn. pic.twitter.com/xQ32YJHGHu

I regularly see, hear, and smell foxes in the evenings but they are normally too quickly away to get a photo when I'm out and about.
Here's a couple in the woods opposite my flat that I managed to capture through the window. Such beautiful animals! #FoxingDay pic.twitter.com/kmZJIC6psL

I have no pictures of my encounters. Came across a vixen with cubs on nearly scrubland once, then months later a young vixen came into our field, playing on her own, one of the cubs exploring, so beautiful.