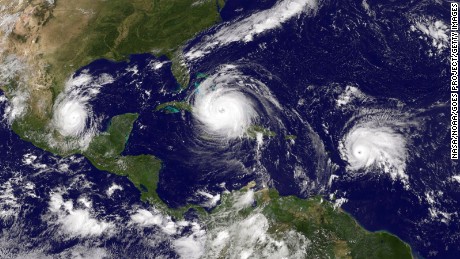 It’s 8 o’clock on Sunday morning and my phone alarm sounds a carefully chosen softly-softly chime to wake me up. I climb out of bed, stumble to my galley kitchen and click on the kettle. Ben sleeps cocooned by blankets on the sofa, and is dreaming as dogs do, paws and legs twitching, as if in full chase.

I’m thinking now about the people and wildlife of the West Atlantic as I have thought of those in Africa and Asia.

Barefoot, coffee in hand, I unlock the patio door and step out onto the balcony. It’s raining and cool. I look up to watch the scudding clouds, thick and pallid. Summimbers lace the hills to the west of the city’s sea of slate rooves. There’s a stiff breeze, nothing compared to what’s going on elsewhere in the world.

A wave of anger suddenly burns away at my insides. I try to distract by watching the juvenile herring gulls in flight, their wings and bodies like unsteady turbines in the gusts. But the anger doesn’t go away. I can feel it rising.

Anger, despite some religious teachings, is an important emotion. It acts (is affecting), as a signal that all is not as it should be. It can be a motivation to change, comes in varying strengths and can manifest as controlled and uncontrolled, direct or indirect. It can also conjure the urge to harm, if left unchecked.

I need to acknowledge my feelings, because supressing them is harmful. I come inside, close my books on evolution and sit at my desk. I open my laptop and begin to type, furiously.

~~~~~~~~~~~~~~
Ang is an ancient, seed word to mean narrow, constrict or choke across many languages. It has been cultivated to convey sorrow, angst and fury. Think of anger also as an ancient tree about to be felled.

Archaic anger is the museum inside us, the tree trunk, where unsorted issues are stored deep in our consciousness as growth rings. The deep heart exists, can become hollow, yet there’s lignum to defy the odds, to defy gravity. The cortiform, rough or smooth, is our defence. Some have thicker skins than others.

Surface anger is our reactive state, leaves and branches, often the first to be hacked off by the tree-feller or attacked by insects. Leaves are blown around in the wind, bristling, dynamic and short-lived. The anger is current and present.

Root anger is the deep responsive urge to seek justice. It goes deep into the soils and substrate, the great wrongs, moral injustices and societal failings. It’s where the connections with the soils, the mycelium and other trees exist. Without the roots, all is lost. The tree could never regrow. Attack the roots and one attacks the community, so the community may join together to counter-attack.

Misshapen over the years, like a coastal tree grown bent in the prevailing wind, anger can eat at the heart, sometimes unecessarily, because our inner worlds are not always a reflection of truth. We can be deceived by ourselves. Far better to air the greivances. The signal, to ourselves and to others, gets attention. Controlled, we can launch into discussion and try to resolve the problems. Acknowledge wrong from right. But supressed and it can turn explosive or snidy and manipulative, so often destructive. If we communicate in articulate ways, this can fuel us to to bring matters to a head for fuller resolution.

Despite the awful pain and risk, anger is an opportunity. Many of us have been trained (or punished), not to show our anger from a young age. Anger is framed as insubordination and selfishness, chastised and curtailed by our elders with lasting consequence. But there is honesty in the expression of our feelings. And if we do it naturally, we can learn to control it for more positive outcomes. If that honesty is not respected, especially in a close relationship, then perhaps there is no real love. The fear of rejection looms large, but love is strong enough to withstand even a hurricane.

If our love for all life is strong, we’ll be unafraid to show our anger. Discuss all issues and find resolution. Don’t let fear of rejection stop us. Nature can never reject us, even if we wanted it. We are inseparable.

Yesterday, I poured over online and TV news for coverage of the multiple, ongoing climatic ‘breakdowns’ (the new buzz), though ask me and I’ll tell you…climate isn’t breaking down. Far from it. It’s ramping up, augmented by our stupid habits, shaped by marketeers, and the few who benefit excessively from that particular accumulation of monetary wealth. This is what makes me angry, because even some environmentalists won’t even accept the real changes needed.

Markets will solve all? No. Facts? Sadly, not always. Valuing life and diversity for so many other valid reasons than an homogenous single unit of money is our best bet. And we do this through education. That’s where we really need to focus, and across all aspects of our daily lives.

Extremes are fast becoming the new normal. If the biosphere is conscious (some may believe in Gaia), hurricanes would be a sabre-rattling show of root anger. Raw and unleashed, they rile against a collossal and accumulated disrespect for the biosphere represented by our egocentric Anthropocene. Yet all are harmed, human and non-human alike. Instead of utilising anger’s energy in manifesting conscientiousness and positive changes, as humans are able to choose to do, those swirling masses of heat energy simply dump it in process. Gaia’s wrath? That wrath seems too indiscriminate, bearing down on human and non-human life alike and destroying habitats. There are too many innocents harmed, and the vulnerable suffer disproportionately.

The media coverage has been hugely anthropocentric, relentlessly showing destruction caused to human settlement and development by the hurricane cauldron, as if we are to mourn that loss. This truly is the age of stupid. Human development amplifies human-caused climate amplification. This is not to demean the human lives affected but the choices we, as societies, make. Fire and flood? No journalist immediately mentions the toll on ALL other life, as if they are frightened of appearing uncaring for fellow ‘man’. Or perhaps that massive loss (our life support system), simply does not cross their minds.

The human ego is leviathan, behemoth and ziz. Sea, land and air.

One of the most incredible wetland areas in the world, the Everglades, was due a direct hit by the worst of Irma and it was barely acknowledged in public, beyond the rangers who care for it. Mangroves are heralded as the great resilience, worth billions…. but even this disconnecting method of valuation is eroded when ecosystem sensitivity is blasted  by ‘new normals.’ Past events show us that life, though individually pummelled, can return yet uneccesarily altered, and not necessarily for human good. But it takes time for rejuvenation, deep time, which we as a species may not have, and we will extinguish other species before they can evolve. The pain is happening now and will only become worse.

My conclusion? We are overdue for a golden era of egalitarian Earth-System pedagogy. Let all know life is interconnected even beyond our imaginations. Then stand back. We’ll inevitably see more Bookchin-ish Communality arise over Pinochet’s authoritarian Neoliberalism.

I’ll finish now with my response to Alan Duncan’s ridiculous incarnation as UK’s Foreign Secretary. Please click to read the full thread. Now is OVERDUE to talk about action to avert Earth Crisis. Caroline Lucas would have been right to unleash her anger. Right there, in parliament. The so-called seat of British democracy.
~~~~~~~~~~~~~

@AlanDuncanMP STAGGERING obfuscation of one of THE most important questions ON THIS EARTH right now. Shaming & cowardly. @CarolineLucas https://t.co/1mW5fLxwPd