Sense and Sound ~ stimuli and reflex 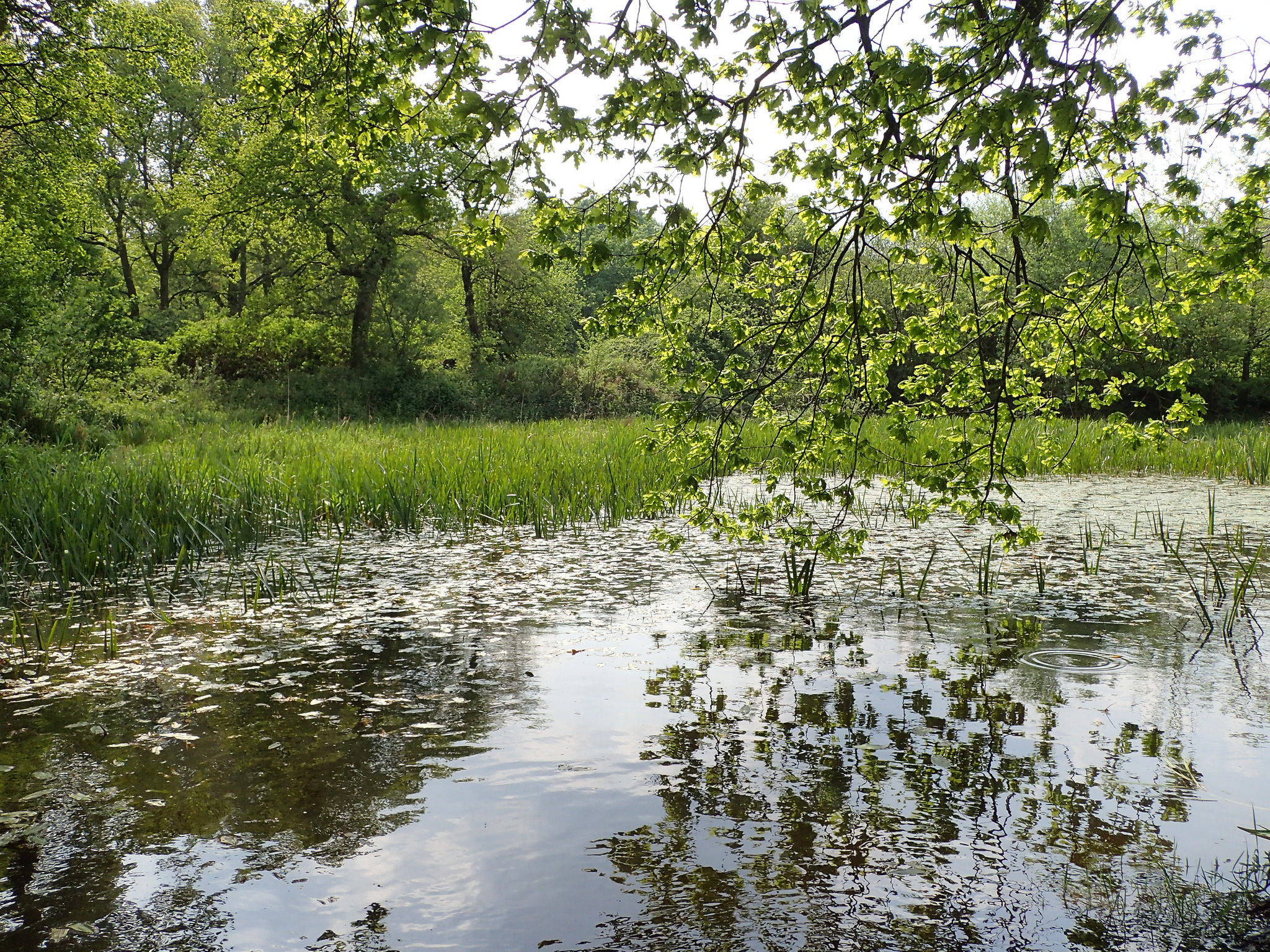 “And our ears tell us that the whisper of every leaf and creature speaks to the natural sources of our lives, which indeed may hold the secrets of love for all things, especially our own humanity.” Bernie Krause

Huka Falls on the Waikato River is a boiling blood-riot of water sound. Pull off Thermal Explorer Highway, just north of the city of Taupo, New Zealand, and the cacophony of this eleven metre high waterfall leaps out, and then sucks you in to its vortices with disdain. It’s an auditory spectacle. If you were curious, and leaned too far over the footbridge, you’d be dragged in and crushed by arms of seething, blue foam (Huka is Maori for ‘foam’). If death did not come quickly by drowning, you’d perish by thunderous noise. It’s earth-deafening. You’d be broken into shrapnel.

At age 46, it’s not an everyday occurrence when a huge chunk of key understanding, largely hidden in life, reverberates through my entire being with a deep, resonant rumble. It’s happened twice this last month (lucky me). I write here about only one revelation and will write again about the other. But this one is important. It is the power of sound.

Whilst sitting peacefully at ancient shallow ponds to the West of Cardiff, Wales, I see their flat, silky surfaces puckered by a few whirly-gig beetles. These little beings spin around and around. If I listen intently, I can just hear the bubbles of a newt surfacing for air. A leaf may fall from the oak that spans high above my log-seat, somersaulting down into the surface tension in apparent silence, though other life-forms may have the sense to hear it. There are the songs of passerines, of course, romanticised by many a poet, and not forgetting the old, grey heron, who flaps his wings to escape my gaze. Sometimes, the leaves rustle like surf. The loudest noises, it must be said, stem from Welsh Black cattle that graze in fields over the fence. These pseudo-aurochs bellow, tongues out, making their presence known. Their sound is somehow timeless.

The Huka Falls and these Cardiff ponds are just two auditory experiences I can share in some detail. We have a lifetime of accumulated memory of sound. But I think we largely take these references for granted. Image dominates our 21st C Western culture. Even pop songs are ‘make or break’ depending on the ‘pop’ of videos. Bernie Krause used to make music, a synthesiser player for top names (The Byrds, The Doors, Stevie Wonder, George Harrison) and many Hollywood films of the 1960s and early 70s. Now he is an ecologist, sound wizard and key advocate of the conservation value of soundscapes, a rich three dimensional analysis of ecosystems that the use of the human eye simply cannot match. With some irony, technology is adopted to record and interpret data, though I imagine the sound of an electric mic is very quiet. I listened to his TED talk this week, and it was a revelation.
Our senses, if working well, are fine biological instruments, connecting mind and exterior world with webs and chains of cellular matter and electricity. ‘Messages’ flow from receptor organs to the brain and, at certain times, right back to our skin and muscles in the form of action and reflex. Aristotle is thought to have classified the five main senses (sight, sound, touch, taste and smell), but now we understand that there are more senses than the big five which use differing combinations of receptor organs.

Immanuel Kant, German philosopher of the period of ‘Enlightenment,’ proposed that knowledge of the outside world depends on our distinct modes of perception. In order to define what is ‘extrasensory’ we need to define what is ‘sensory.’What a pity! In one swipe, with a blunt knife, Kant cut us away from our environment and other living beings, when perhaps indigenous cultures had/have retained that important sixth sense. There is wisdom in intimacy with the rest of the natural world, unbroken song-lines. The fractures remind me of the nature of progress in human evolution. Maybe basic in our modern make-up is the need to disconnect in order to appreciate the very opposite. As Heraclitus in his ‘Unity of Opposites’ implies;
They do not understand how that which differs with itself in is agreement: harmony consists of opposing tension, like that of the bow and the lyre (Freeman’s translation).

Barry Lopez writes often about the notion of home verses away, in that the patterns he observes whilst travelling away can bring insight to troubling issues at home. What’s more, whilst away, one is given to appreciate a new perspective on ‘home’. Novelty, new perspectives and the plasticity of the mind are important psychological components to wellbeing (let us not get stuck in deep ruts).

Back to Huka Falls, and the novelty of sound. The water drains from Lake Taupo and swells up with oxygen, swirling into a turquoise ferment. The river powers into a narrow canyon, just fifteen metres across, noise deepening as a ripping 220,000 litres per second flow by (enough to fill one Olympic sized swimming pool in 11 seconds, so say the tourism brochures). You cannot hear birds or bellows. You cannot even hear one’s own thoughts. It really is power-sound that rumbles through your very fabric. This is a prime example of what Bernie Krause describes as a ‘geophony,’ sound emitted by non-organic phenomenon here on planet Earth ~ a rich audioscape, that we may not even be able to sense fully, from the crackles of aurora to the grinds of the seismic.

Human action, human technology, the sounds of modernity? Bernie calls this ‘anthropophony,’ so it is distinguished from the ‘natural.’ Some human sounds are, of course, controlled, like music and speech, others are chaotic and fragmented. Our unique biological, cultural experiences converge to interpret, for example, in Rudolf Steiner’s educational system of Eurythmy ~ gestures and interpretative movement to sound and in the telling of stories. Our bodily sounds need not be excluded from the “biophony”, sounds emitted from living beings, as we are part of nature. To Bernie, however, the tools we use are ‘other,’ so these are where his line is drawn. What is clear, in the Anthropocene, we are seeming to make a lot more noise!

There are physical, mental and spiritual aspects to our existence. Do our senses overlap, deeply resemble or integrate with all three of these aspects? Each of the five senses consist of organs with specialized cellular structures that have receptors for specific stimuli. These cells have links to the nervous system and thus to the brain. We know that sensing is active at primitive levels in the cells and integrated into sensations in the nervous system, not least by the central nervous system (the spinal chord and brain). Yet we do not fully understand consciousness. God speed, we are all conscious and able to be conscious of one another and other living beings. One ought to be conscious of a snake bite, a storm coming or a broken heart as we are the touch of a healing hand or a loving hug. Is consciousness another fully connected system, into which we are all able to join? Perhaps, we have no choice.

Sight is probably the most developed sense in humans, followed by hearing ~ a generalisation. There will be exceptions to the rule, not least from those who experience the neurological phenomenon of synesthesia, where the senses cross-wires.

Consciousness and mind may create their own forms of reality (although they may not be truths), based on the memories of sensory data fused with our responses. Words, forms, shapes, patterns, colours; they become entwined in a rich complexity (life is complexity). But our senses may well extend out into the environment, the inherent interconnectedness with all that is our one biosphere. Were it not for Kant, Western approaches may still have been in tune with the extended self. In nature, there is a compelling argument, that we humans are deeply entwined with the combined ‘other,’ Dylan Thomas’ quietus of the ‘Green Fuse’, or more distinctly, Glenn Albrecht’s ‘Ghedeist’ (a word full of hope), the positive interconnectedness between all beings via the spirit-force, for a collective good, which all life may play a part. The nature of its inherent ‘doing’ makes this a powerful word indeed.

I am returning to the overall ‘ecophony’ of the Cardiff ponds, where the combined sound of the ecosystem has its own rhythm, its own dance. Though quiet, save for the dawn chorus, it is a wall of sound. I do not sit there in silence. I am sure that, in the detail, data would dance for any soundscaper with the technology to listen and record, beyond human biological ability. And we ourselves could engage in a eurythmy in recognition of both the losses and the gains of our own impacts here upon the Earth. The senses combine and so do our reflexes. I feel a great love for the individual biophony there, a love for the wilder beings residing there. What I love, I wish to protect. Apart from aesthetic qualities, and human musical harmonies, I am now more aware that my love for nature and sound is united in entwined threads extending way beyond my body, and I have Bernie to thank for this.

Finally, Kinesthesia is the awareness of muscle and movement of the joints, enabling coordination to walk, talk, and use our hands with strength, rhythm, and delicate precision. It is what allows us to touch our ear lobes whilst our eyes are shut, or to know where to scratch if we have an itch. I think there may be a kind of kinesthesia in our collective consciousness too, we just need to be reminded (and coached), that it is there and it is powerful. Put it to good use, and we may ‘hear’ good things come from it.

For now, I’ll leave you with more on Bernie’s ‘ophonies’… tap into the Ghedeist, and enjoy.